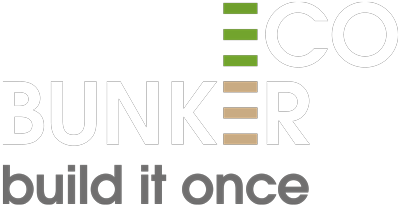 LedgeRock gets the Edge with EcoBunker

Even though LedgeRock, designed by Rees Jones, is the last private club to open in Pennsylvania, time passes quickly, and the bunkers passed their useful life when the sand contamination reached the point that they no longer played or drained properly. In common with most bunker maintenance challenges, the main issue is contamination from the sand washing out along with the underlaying soil, and from the stones working their way up from the base. There had to be a better way to build a bunker to eliminate these points of failure, extending the quality of the sand and therefore the bunker indefinitely.

Having settled on Blinder Bunker Liner to solve the major issues of preventing washouts and stone ingress, the final area of concern was soil contamination from the bunker edges. Superintendent Alan Fitzgerald worked with Ecobunker to implement the perfect solution. Low, permanent edges, respecting the Rees Jones design style around the bunker perimeters were the key to building perfect bunkers! All the areas of potential sand contamination are gone, significantly extending the life of the bunker sand and in turn greatly reducing or eliminating the need for costly bunker replacement in the future.

Fitzgerald, a leading figure in the GCSAA is delighted with the results: ‘The golfers at LedgeRock love the new bunkers, especially the rapid recovery after extreme weather. We get several severe rainstorm events every year, and each time, with the old bunkers, we incurred repair costs in the region of $5000 to $7500 in labor alone. The new combination of Blinder and EcoBunker will pay for itself very quickly, and many times over’, said Alan.

EcoBunker US LLC operates out of Florida and covers the United States, Canada, Mexico and the Caribbean.